Vermiculite is a great way to improve the soil in your garden! Though sometimes perlite and vermiculite are used as synonyms, they are very different in many aspects. Today we will talk about Vermiculite, one of the growing mediums that is not talked much about.

This is a part of our Soil-less growth mediums series. If you are not aware of what is vermiculite and how to use vermiculite in gardening please read on.

Vermiculite is a silicate material that is used in horticulture as a growing medium. The name originates from the word vermiculture which means to breed worms.

Vermiculite can hold potassium, Calcium, Magnesium, and Ammonium which are needed for plant growth. The color, composition, and pH of vermiculite vary from mine to mine.

Vermiculite itself is not toxic and is safe to use. Earlier when vermiculite was mined, the ore often contained asbestos. Asbestos is harmful and can cause lung cancer and other diseases if inhaled. And so vermiculite was said to be dangerous.

Nowadays vermiculite is mined under strict industry protocols and is very safe to use.

Vermiculite by nature is inorganic. It is sterile and inert.

How Vermiculite is Made?

Technically, vermiculite refers to a large group of hydrated laminar magnesium-aluminum-iron silicates, that somewhat looks like mica. You cannot use this vermiculite for growing plants.

Vermiculite can be of two basic types:

Crude vermiculite is vermiculite that has not been heated or expanded. It is the raw form of the mineral before it is processed into other products. Crude vermiculite typically contains impurities such as clay and sand, which need to be removed before it can be used for most applications.

Crude vermiculite can be of five primary grades viz. large, medium, fine, superfine, and micron based upon particle size.

It is not suitable for growing plants so you can not use this vermiculite for gardening.

Exfoliated vermiculite is produced through a process of expanding the raw mineral ore under high temperatures. Exfoliated variety is widely popular among gardeners as you can use this vermiculite for gardening.

Just remember, finer grades will be more compact than the larger grades, which helps reduce soil compaction. What grade is best for you depends on your soil conditions.

How To Sterilize Vermiculite:

If you want to sterilize vermiculite you can do it in two ways.

Heat up the vermiculite to reach a temperature above 180°F and sustain that for 30 minutes. It will also kill seeds, insect eggs, and larvae.

You can also sterilize by microwaving moistened vermiculite for three to five minutes, depending on your microwave’s power rating.

The advantages of microwaving vermiculite are that it is faster than oven treatment, and as it is portable you can reduce the odor.

Just remember, while sterilizing, microwave ovens can heat up quickly, but they also leave cooler spots that can be very hard to find. And also this process only works with a very small amount of vermiculite. If you have a very large amount of vermiculite you can try the solarization method for sterilization.

Use of Vermiculite in Gardening:

Vermiculite can retain more water than perlite. Its retention of water makes it good for sustaining the growth of seeds. It contains useful trace minerals. Its color is not as obvious as perlite. It is generally cheaper than perlite.

You can combine exfoliated vermiculite with peat moss or coconut coir and make a good soil-less growth medium. This can be used in the home as well as in professional gardening uses.

Vermiculite can be a good medium for seed germination either used solely or in combination with other mediums. You need very little watering for growing plants in vermiculite. Vermiculite does not rot or turn moldy and it helps the roots of the young plants to anchor and grow.

They can be used as soil conditioners. A little mixing of vermiculite can make your heavy, sticky soil breathable light. It creates air channels and thus improves aeration.

Although not every time, in many cases vermiculite is can be infested with asbestos which sometimes related to asbestos-related diseases, like mesothelioma.

It is also far heavier when compared with perlite so durability problem is always associated with it. At times it can trap too much water leaving the medium as soupy soil.

How Does Vermiculite Works?

Vermiculite works with both dense and loose soils but in different ways. The surface of the exfoliated vermiculite allows it to hold a large amount of water. It then slowly releases it back into the soil to your plant’s roots. This feature of vermiculite makes it ideal for loose soil like sandy and loamy soils.

On the other hand, It also helps aerate the soil and loosen up the dense soils such as clay. This added aeration can give roots better access to nutrients and prevent waterlogged soil, helping plants thrive.

How much vermiculite to add to soil:

Use 1/3 to 1/2 vermiculite in your potting soil for containers or when building your raised beds, or improve your garden soil by adding it in the spring with your other soil amendments and compost.

How to Use Vermiculite:

Vermiculite along with perlite is very good for soil amendment. They can be used in several ways throughout the garden — indoors and out — depending on your needs.

Things You Will Need for Applying Those Ideas:

Why Add Vermiculite To The Soil:

The primary reason we add vermiculite to the soil is that it improves the water holding capacity as well as the aeration of the soil. So it basically improves your soil quality. Vermiculite also helps in faster seed germination.

How Does Vermiculite Help Your Plants?

Apart from holding water, vermiculite can also hold calcium, Magnesium, Ammonium, etc which are crucial to the plant’s nutrition. So vermiculite helps the plant in quite a few ways:

Where to buy vermiculite:

Vermiculite is mined in the United States, Brazil, Zimbabwe, China, and South Africa. They are generally clean, odorless, and non-toxic by nature and are marketed in the form of brown cubes.

The best place to buy vermiculite is at your nearby garden store or nursery. Talk to your nurseryman about the type of vermiculite and what suits your needs. Alternatively, you can buy it from amazon.

Apart from Gardening, vermiculite is used as an insulator worldwide. Other usages include uses as packaging material, a substrate for incubation of eggs, waste treatments, etc.

So as you can see, vermiculite is a great material to use in gardening. It is lightweight and easy to work with, and it can help improve the drainage and aeration of your soil.

Additionally, vermiculite can help retain moisture and nutrients in the soil, making it an ideal choice for gardeners who want to improve the health of their plants.

If you are looking for a way to improve your gardening, vermiculite may be a good option for you.

Thanks for reading. Hope you enjoyed the article. if you find the information helpful don’t forget to share it with others too. 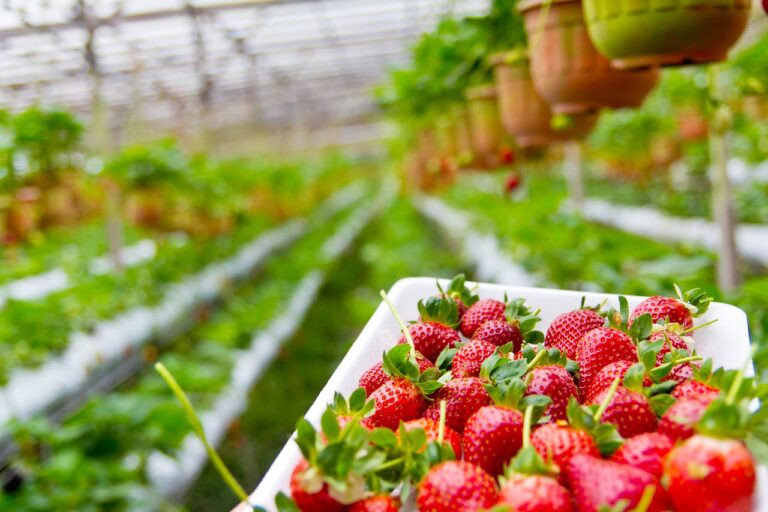 We use affiliate links to run our site. When you buy through links on our site, we may earn an affiliate commission, without any added cost to you. Learn more What is a Potting Mix: A potting mix or potting soil is a medium that people use to grow vegetables, plants etc in containers. It… We use affiliate links to run our site. When you buy through links on our site, we may earn an affiliate commission, without any added cost to you. Learn more What Soil is Good for Succulents? For growing succulents, you can not use your regular garden soil or potting mix. If you do this, they… Coco coir or coconut coir can be a great asset to your garden. it is lightweight, absorbent, and provides good drainage. It also helps to keep roots cool and prevents waterlogging. — here’s how to use it properly for the best results Learn about peat moss and how to use it in your garden. Find out what is peat moss, does it hold water, or go bad? Will it make the soil acidic? LECA clay pebbles are a great way to grow plants in pots and containers. It can help your plants thrive by providing them with the necessary nutrients and hydration. LECA also helps to aerate the roots and promote healthy growth.