Although potatoes are one of the easiest plants to grow, growing potatoes can cause some confusion among people. Questions like Is a seed potato actually the seed of the potato plant, or do potatoes have seeds or fruits? are quite common among people.

Considering potatoes are one of the most popular vegetables in the world, did you know they make seeds? Yes, they make seeds – but not what you plant. If you want to grow potatoes, you plant pieces of cut-up whole potato tubers each with a growing bud that will form a new potato plant.

In this post we will answer some common questions about potato growing.

Is “Potato Seeds” and “Seed Potatoes” Are The Same:

Do Potatoes Have Seeds:

Yes, potatoes produce seeds just like most other plants. They also bloom, but in most cases the flowers dry and fall off without producing any fruit.

Now if you live in cooler regions of the globe you might see potato fruits and seeds. This is because cool temperatures generally promote fruiting in potato plants.

There are some potato varieties that are also prone to fruiting.

What is a Potato Fruit:

Potato plants produce small green fruits (berries). The fruits look the same as small cherry tomatoes, just greenish-purple instead of red or yellow and are filled with hundreds of potato seeds.

Now, if you do not know already, Potatoes belong to a small family, solanaceae or the Nightshade family. This family also includes tomatoes, peppers and eggplants.

Among all the members of the family potatoes resemble tomatoes the closest. They resemble fruiting, flowering and even share the same diseases, like late blight.

Although the fruits resemble a tomato in appearance, you should never eat them. Potato fruits are toxic. They contain solanine, which can cause headaches, diarrhea, cramps and in some cases, comas and death.

Can You Grow Potatoes From The Seeds?

Yes you can grow potatoes from seeds but if you plant a potato seed, your potato plants will most probably look a lot different from the parent plant. They will have different sets of characteristics.

True potato seeds are mostly used by plant breeders and scientists for research purposes. It’s used for all aspects of plant breeding work, from hybridization to fruit production.

Growing potatoes from TPS is similar to growing tomatoes from seeds. To do that you first need to extract the seeds from the fruit.

How To Save Potato Seeds From The Fruit?

Next, put the seeds (along with the coating) into a jar. Add some water and stir it with the help of a spoon. This fermentation process is necessary to remove the gelatinous coating from the seeds.

Remove the murky water and replace it with fresh water. Repeat the process a few times till all the coating from the seeds are removed. This whole process might take a few days to complete.

Now drain the water and you will get the true potato seeds (TPS) at the bottom of the jar. Rinse them well and dry them on a paper towel.

You can start planting potatoes with these seeds. However, growing potato plants with true potato seeds will take longer time than growing them from tubers. So plant the seeds early (in winter and indoor).

A Word of Caution:

As the newly grown potatoes will be different from the parent plant It is crucial that once you start harvesting your potatoes, do a taste test. Sometimes potatoes can develop toxic levels of the glycoalkaloids solanine and chaconine that can really harm your health.

What Are Seed Potatoes?

The seed potato is not the seed that grows into a potato plant. In fact, seed potatoes don’t even look like seeds at all. A seed potato is a potato tuber, they are especially grown so you can plant them to produce a potato crop.

Although seed potatoes are really a potato tuber they have some added advantages for growing potato plants.

You can read more about seed potatoes in this post.

We hope this post has been informational for you. Hopefully, from now on, you won’t get confused between true potato seeds and seed potatoes. We have a lot of posts dedicated to potato growing, browse through them and you will have a better grip at growing potatoes in your own garden.

Find out if a Carrot is technically a fruit or a vegetable, and why, in this simple explanation. We use affiliate links to run our site. When you buy through links on our site, we may earn an affiliate commission, without any added cost to you. Learn more Though it might not seems obvious to average people, seed potatoes and regular potatoes are not the same. Any smart gardener will tell you seed…

We use affiliate links to run our site. When you buy through links on our site, we may earn an affiliate commission, without any added cost to you. Learn more When planting potatoes in the ground, you want to make sure the potatoes grow well and there are no diseases. It’s not hard to plant… Are the leaves on your elephant ear plant turning yellow? Learn how to fix it here. 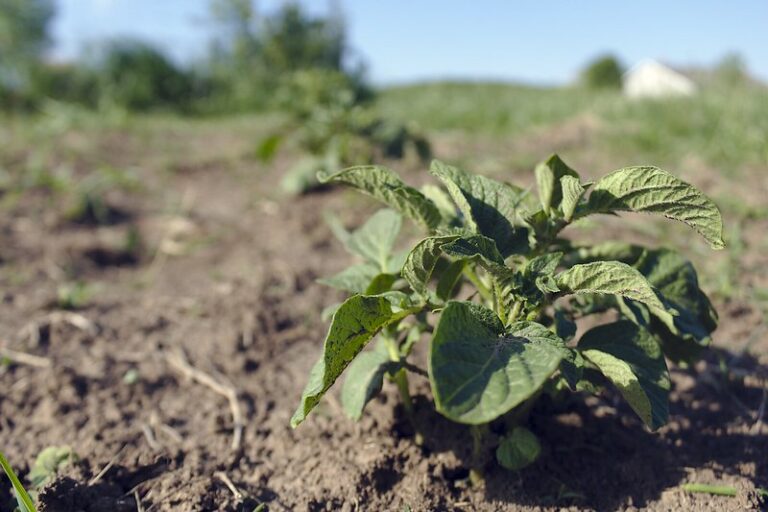 We use affiliate links to run our site. When you buy through links on our site, we may earn an affiliate commission, without any added cost to you. Learn more There are a lot of myths and legends surrounding potatoes, and most of them are false. The potato plant is a very useful plant, and…